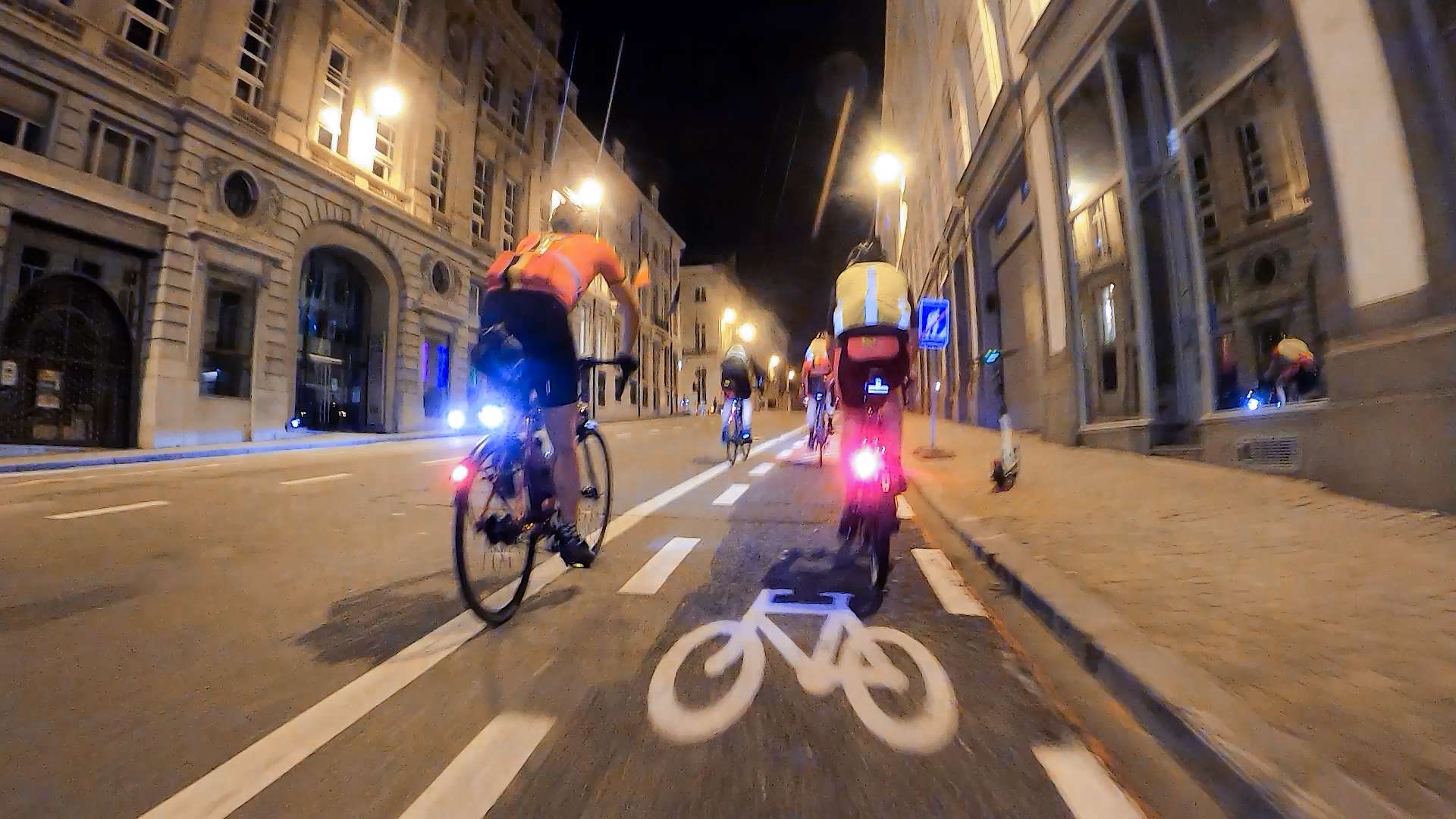 There is something unique and amazing about cycling tours, the company, the ride, the nature. As well as the challenges like the weather, the fatigue, a flat tyre or two.

Some people call them randos, brevets, BRM, it doesn’t matter the name, I would love to ba able to ride them all but my phychical ability on the bike is only limited to the 200km brevets… So when I learned about the Pajotse 400, which is a wonderful ride through Pajottenland in Belgium, visiting some of the legendary breweries I though to myself.. since I can’t ride it, I can film it!

So there I am, with my trusty Canon Dslr and a shotgun microphone fitted inside my small bicycle backpack, helmet on, riding 20km from home to the start/finish point, the Gemeenschapscentrum De Cam in Gooik on my fixed gear bike!

Cyclists are very friendly people, and with a small introduction from my friend everyone was open to tell me his story in English. As I couldn’t follow them in the first uphill section with my fixed gear bike, I took a shortcut to rejoin them in Brussels, we cycled together through the city and I let them continue their epic ride. Unfortunately I couldn’t attend the finish but I was sent some footage for that!

For no particular reason I list my favorite films in chronological order!

I met Eric Piette in the videography school of Brussels. With him being a poet, we quickly became friends. Kindly he gave me some of his poems to read, lucky me, they were published in french, his mother tongue and in greek, my mother tongue!

When he told me he would be reading his poems in front of a live audience I was thrilled, let’s make a video about it, I told him!

I packed my trusty Canon camera, the 24-105L lens, a hypercardioid mic and a wireless omnidirectional lavalier mic. A few extra batteries and that was all! I don’t like to bring a lot of equipment just for a simple aftermovie, pack small – play big is my motto for these instances.

I arrived very early, I think I was actually the first person to arrive, of course after the owners of the bookshop & music boutique. I took various b-roll early on before the crowd arrived. For the establishing shots I had to wait for the sun to come down a bit and the people to gather, so I did them just before and just after the reading.

When Eric arrived I hid the lav mic in his clothes, we tested the audio and had no scratching from the clothes. When you wear all the hats in a small production like this, it’s best to prepare well. I knew he would read for about 20 mins and I needed just a minute of two of good audio. Later I carefully EQ-ed it since a hidden lav is a bit too muddy and too dry.

The editing was done in less than 3 hours. I just took some parts from different poems, and found a nice jazz song without lyrics/vocals. Some color correction as the white balance was in constant change between 3200K and 6500K. I prefer to shoot with fixed values, I remember I did about 4000K for the interior and 5500K for the exterior shots. Shooting in 8bit per color doesn’t leave much room for correction but I find that you can easily adjust ±1000K in post.

The art of video editing is one of the most mysterious arts of modern day, in the sense that we all consume lot’s of hours of video content, movies and shows for our enjoyment, tutorials and educational videos for our education and even unboxes and advertisements to spend our money to.

But how do you quantify the difference between a mediocre and a good edit?

To have accurate data, you need to show to an identical audience the same video in two different versions and gather the responses. Sounds impossible? In TheRacebox we actually had an “old video” lying around, already published and we decided to re-edit it.

Using the exact same footage but much better editing and thanks to youtube’s analytics, I decided to also make some KPIs to help me in my case study.

The old edit is a pretty good edit on it’s own, the video is an interview of Kevin Cuoco who explains the challenges he faces everyday in his work and his advice on tackling mixed weather conditions on a race track.

The new edit was cut more tightly, making the interview 3.09 mins instead of 7.32, only by removing unnecessary pauses, mistakes and things that were told twice. It was also given a cover photo, nothing fancy but it really helped as we will see!

Click Through Rate, this performance is mainly affected by the cover photo and the title of the video
Message Received, this “fancy” name is for the average view duration, divided by the length of the interview, thus showing which percentage of the total message was received by the viewers.
Viewers (percentage) who reached at 0.30s mark
Viewers (percentage) who reached at the end of the interview
End Screen clicks, this shows a happy viewer who wants to watch more videos from this channel
End Screen Clicks per 1000 impressions, I included this metric because in online marketing you can buy impressions but you can’t buy someone’s attention for such a long time. So the better this number is, the better the marketing performance of the video would be (if it was advertised).

Although hiring an editor sounds like a raise in budget, due to my expertise and speed, I was able to make the new edit 5 times faster than the old edit was done. Saving precious time and cutting down the total cost.

We can see that not only the new edit, outperformed the old edit in all metrics. It kept much more people to the end of the video and these people were more keen to keep consuming video content from the same channel making them much more satisfied and responding better to the Call to Action (which was to keep watching TheRacebox content).

Francis Ford Coppola: I think cinema, movies, and magic have always been closely associated. The very earliest people who made film were magicians.

Having worked as a professional magician for 8 years, as well as 8 years making media content for television, cinema and youtube, I think I’m in the perfect position to explain and contribute to this quote.

It’s not just the fact that magicians, no matter what you may thing about them, have a tremendous technical knowledge in a great variety of fields, they (or I should better say we) are the early adopters and thinkers on how this new technology can be used to the maximum of it’s effect.

So yes, Georges Melies was not just a pioneering magician, using film since 1888 to enhance his magic shows but he also did the opposite, he used magic, -special effects never seen before such as compositing, matting and video editing- combined with practical effects to bring magic to cinema.

But the closer association comes from the way these two arts are made. The unlimited tools, compared to other artforms, in the way the storytelling is done. Magic is the earliest form of audiovisual narrative. The magician with his secrets creates an atmosphere much more immersive and “real” than theater, creating a much bigger emotional response. In the same way, the filmmaker with his modern toolkit (advanced cameras, photorealistic graphics, compositing and video editing) is able to tell a story in a much more controlled way, much more interesting visually than theater by bringing each spectator closer to the action, expanding or shrinking time and eventually, manipulate, exactly as a magician, the spectator’s understanding of the world.